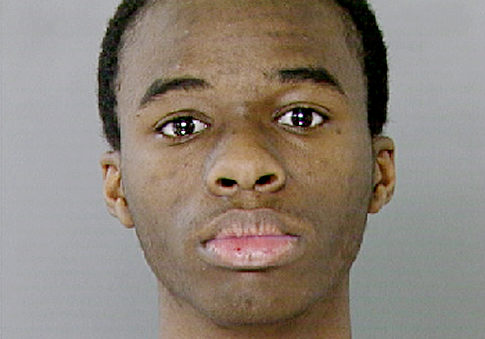 I really don’t know what to say after hearing about a young South Philadelphia teen who was so angry with his mom for taking away his PlayStation that he killed her with a claw hammer.Â The motive was revealed as Kendall Anderson’s confession to the brutal crime, committed on the day after Thanksgiving, was read in court, the Philadelphia Inquirer reported on Tuesday.

The 16-year-old allegedly told police he decided to kill his mother, Rashida Anderson, after a 90-minute argument that culminated in her taking the video-game console away.Â Anderson considered his actions before killing his 37-year-old single mother, said the judge who read the teen’s statement in Philadelphia Municipal Court.

The teen paced for three hours mulling over what he would do before deciding to kill her, said his confession, which he gave to a police detective.Â Anderson struck her 20 times with a claw hammer while she slept.

In an effort to get rid of her body, he tried to “cremate her” in the oven, according to the confession. When that failed, he smashed her head with a chair, then dragged the body out into the alley behind their house and hid it.Â The remains were not found until nearly two days later, after family became suspicious and notified police. Anderson was charged with murder in December, as well as possession of an instrument of a crime and abuse of a corpse.

The teen was not known to be violent, but had been charged with stealing a laptop from his high school.Â “If I could, I would not do it again,” he said in his confession. “I really miss my mom. … She was the only person who cared for me.”