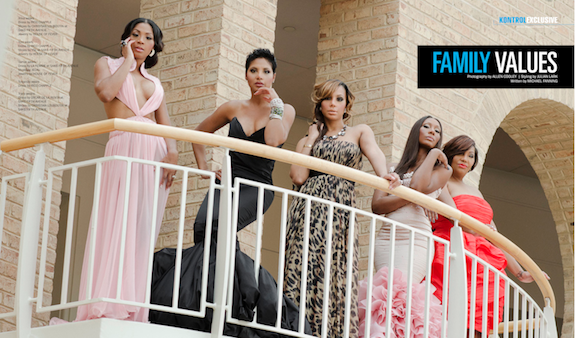 Toni Braxton’s new reality show appears to be in tune with the executives at WE tv. The network has announced plans to bring “Braxton Family Values” back for another 13 episodes in 2012. Toni says she’s “thrilled” with the positive response the show has received, and looks forward to bringing viewers “another eventful season.” The first season of “Braxton Family Values” got under way last month. I told yall the show has been pulling in solid ratings, averaging almost 600-thousand viewers for its first few episodes.

The new season will start taping in a few weeks and Â that it will pick us up where the show ends. The new season is rumored to be about Â Toni moving to a new home in a new place (she better not leave the ATL). Fans can catch “Braxton Family Values” Tuesday nights at 9:00 p.m. Eastern on WE tv.