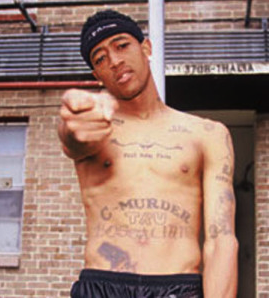 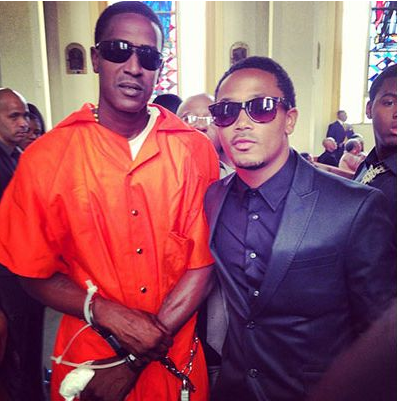 Free at last free at last but only for a minute. Seems C Murder experienced a breath of fresh air this weekend outside of the prison walls. C Murder is currently serving a life sentence for murder at the Angola State Penitentiary. He was released briefly to attend his grandmother’s funeral. 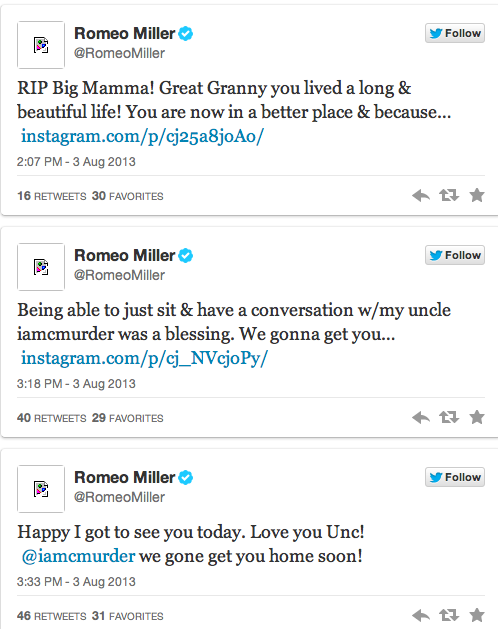 That must have been rough on him as he had on the orange jumpsuit and shackles on his feet and everything Wow! He was charged with second degree murder in 2009 after allegedly shooting and killing a teenage fan at a Harvey, Louisiana nightclub, although he maintains his innocence to this day.

Murder is both Silkk The Shocker and Master P‘s brother and an uncle to the latter’s son, Romeo. Both were at the funeral, and he posed for a picture with his nephew, shackled at the waist and wearing an orange prison jumpsuit (see the image in the gallery above).

Remember this song with Snoop and C-Murder? Remember when Snoop moved to New Orleans? WOW that was so back in the day. Well here is a flash back.