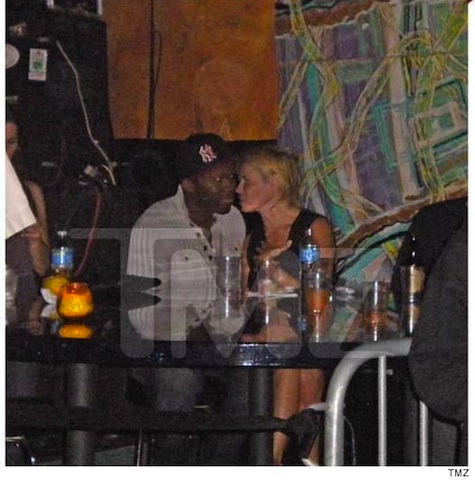 Chelsea Handler, comedian and late night talk show queen, makes no mistake about letting the world know she enjoys the brothers. 50 Cent andÂ Chelsea Handler went to the Blue Nile jazz bar in New Orleans on Sunday nightÂ … and according to TMZ, Â they got ‘up close and personal with each other, they gave some serious credibility to those dating rumors.’

50 has been out of the public eye (as far as music is concerned) for a while now.Â On September 3rd, 50 Cent showed support to longtime mentor Eminem, and appeared on his and Jay-Z’s Home & Home Tour, performing hit songs such as “Crack A Bottle,” alongside his longtime mentors Eminem & Dr. Dre, admist rumors that 50 was no longer cool with Dre.