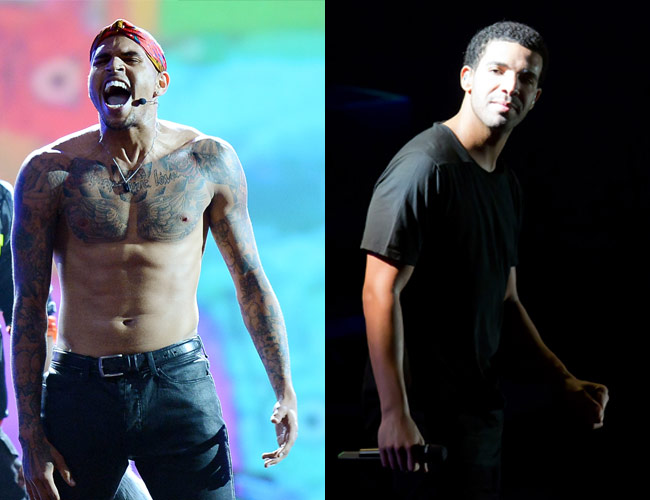 According to reports Celebrity Boxing founder Damon Feldman has offered Chris and Drake $1 million apiece to duke it out live on television.

Should they accept the Brawl for the Barbaian would go down August 25 at the Staples Center in Los Angeles.

The gag is that a portion of the proceeds would go to a charity for battered women.

Feldman admits neither Chris nor Drake have returned his calls.