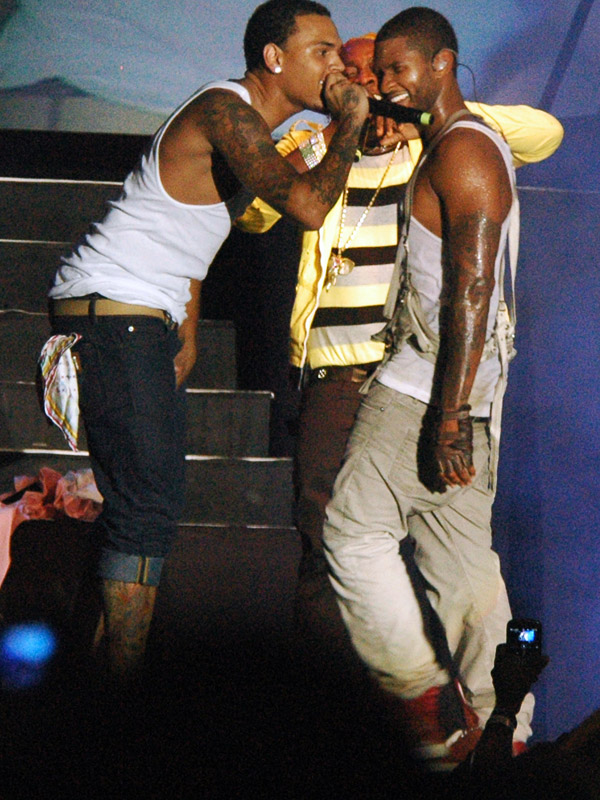 Usher and Chris Brown had music fans everywhere in a tizzy earlier this year when it was reported that the two were planning to hit the road together. Brown recently stopped by Angie Martinez’s Hot 97 radio show and explained that their business ties prevented the tour from taking place. He states, quote, “We kinda had different views on the tour – no beef. We both have two different promoters, so whoever would get the tour would have to work it out and I think they didn’t see eye to eye.” Brown admits they probably “rushed into” the idea, but says he’s optimistic that they might be able to “work something out” in the future.

Brown also took a moment to discuss his friendships in the music business. The singer says he’s “cordial” with “everybody,” but says he prefers to associate with the small group of people who have been with him through the good and the bad. He adds, quote, “I kinda just got a gauge of who was there and who wasn’t, so now I know who I can deal with.” Chris Brown is currently working on his next album, “F.A.M.E.,” which is due in stores next year.