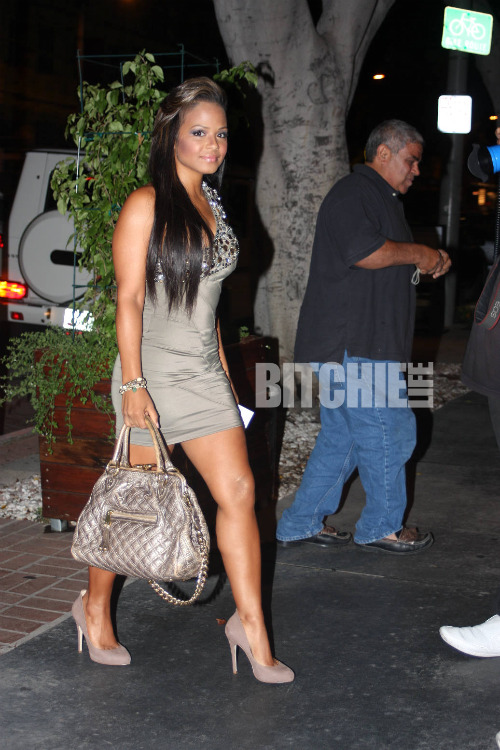 The break-up between R&B couple The-Dream and Christina Milian has taken yet another ugly turn. Â Necolebitchie reported that Christina has now stop wearing her wedding ring, and is out and about doing her thing. Last week, it was revealed that The-Dream filed for divorce in February — just nine days before the birth of their daughter — claiming their relationship was “irretrievably broken.” Milian filed a response in a Georgia court last week, denying The-Dream’s assertion that they were legally separated when he filed for divorce, and adding that he had “marital relations on numerous occasions and lost love for her.” Necolebitchie also stated Christina Milian stepped out of her truck last night looking like a million bucks as she headed to dinner with tennis Champ Serena Williams.Â  The duo was spotted outside of Madeo Restaurant in Beverly Hills.

Milian goes on to say that if the divorce is granted, it should be on the grounds that The-Dream couldn’t remain faithful and never really loved her. The documents also reveal that Milian signed a settlement agreement, which states that both parties have waved any alimony or ownership right’s to the other person’s property. The “Dip It Low” singer claims, however, that she was in no condition to sign the agreement, as the documents were brought to her when she was nine months pregnant.

Christina Milian and The-Dream wed last September, and held a second wedding ceremony in Rome last December. Earlier this month, photos surfaced online that showed The-Dream getting close with his assistant while in the Caribbean. The singer’s rep eventually revealed that he had separated from Milian late last year. Here are some pictures of here out and about .