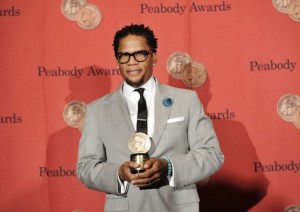 Writer, actor, producer apologizes for the insensitive comments he made towards Columbus Short’s estranged wife, Tanee McCall-Short. He had a pretty strong opinion about Short’s domestic violence issues, which caused a petition to begin and a forced apology from Hughley.

“The star of one of the hottest dramas in the country, chokes the f*ck out of his wife? That doesn’t ever happen. I don’t think it happened first off. Like the time Warren Sapp was getting ready to do the Super Bowl and some broad said that he raped her. There are just as many examples of women lying on men in the middle of divorce proceedings to get what they want, as there are men who actually do anything. My point is if he did what she’s alleging he did, she could still get all that she’s going to have and not bring it up now, when it damages his market value that she’s going to be impacted by. If he loses that job nobody’s living in Calabasas anymore.”

Although, he came with the disclaimer that domestic violence is NOT ok, he words still caught the wrong attention of individuals. Kristen West Savali, a writer, began a Change.org petition against the on-air personality, which demanded an apology.  She believed that his words deters domestic abuse victims from having a voice and speaking out against the heinous act.

Hughley later released an apology for his comments and stated that it was not his intent to offend anyone.

Last week during an after-show segment of my radio show, The DL Hughley Show, I unintentionally offended some people.

In regards to Columbus Short’s legal issues, I jumped to a conclusion and blamed Tanee McCall-Short; and I’m sorry. My intent was not to quiet victims.
When I did speak of the topic on air, I repeatedly emphasized then, and as I do now, that anyone who is convicted of domestic violence, should be prosecuted to the fullest extent of the law; and that is what I believe.

Today, as always, the phone lines to The DL Hughley Show will be open. We’ll address this topic with the DL Question of the Day and will discuss it throughout the show today from 3pm – 7pm ET.

We all know comedians and radio personalities like to joke, but did Hughley take it to far? Let us know what you think down below.