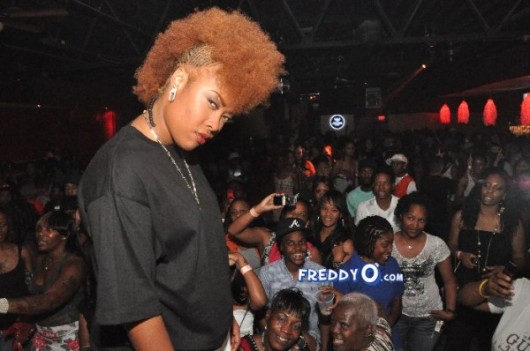 Looks like things are looking up for Da Brat … Recently released from jail after doing a 2 1/2 years stint for aggravated assault at an ATL nightclub, Da Brat has hit the ground running. In a recent interview with CNN, Da Brat discussed her autobiography, how the entertainment industry has changed and the possibility of landing a reality show. When discussing the reality show, she says,

“I’m working on getting one now. The sad thing about it is most of these networks want the fighting, they want the drunkenness, they want the confrontational and that’s not me anymore. I’ve outgrown that and I don’t want that to be the main focus. Been there, done that and been through hell because of that. I want to show people who I am, introduce them to my family, where I’ve come from, how I’m helping people with my charity work. I know it sounds boring, but that comes with a lot… of bumps in the road. So I’m currently shopping for a deal now.”

She has also released a mixtape, â€œLife After Death,â€ which can be downloaded from Global14.com.