Did Rihanna Pay To Beat Out Lady Gaga As Most Liked Female Artist On Facebook? 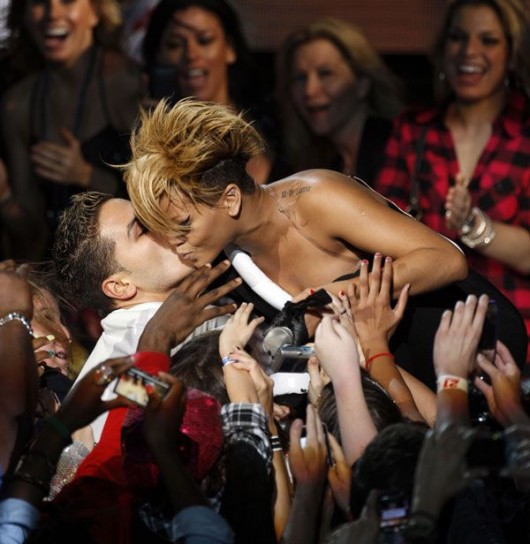 Just two weeks ago, it was announced that Rihanna had gained more fans on Facebook than pop songstress Lady Gaga, but it seems the whole thing may have been a farce. ViralMS, a viral marketing and social media agency, reported to ballerstatus.com that one day prior to RiRi overtaking Gaga, their â€œBuy Facebook Fansâ€ service had been purchased for RiRiâ€™s official Facebook page.

The receipt shows someone purchased 100,000 fans for $7,799. A representative from ViralMS told ballerstatus.com, Â â€œWe have a wide demographic of famous individuals who buy Facebook fans. Ever since we started the industry we have worked with high-profile actors, musicians, politicians, athletes, and even Fortune 500 companies.â€

I personally know artists who use services like this, including a rapper (who shall remain anonymous) that sold less than 200, 000 units on his latest album but is one of the largest amount of followers on Twitter that Iâ€™ve seen. Lesson: popularity online doesnâ€™t equal sales. Step ya game up.

Chec out the PayPal reciept below: