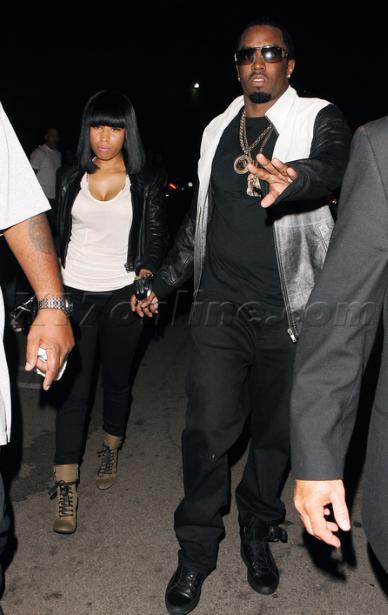 Music mogul Diddy says up-and-coming rapper Nicki Minaj is one of the “great ones.” He tells MTV.com that the Young Money rapper is a lot like some famous athletes. Diddy says, quote, “She has a long way to go, but you know how we recognized LeBron [James] was a great one, Tiger [Woods] was a great one, and Kobe [Bryant] was a great one? Nick is up there. Her story has just begun.” Minaj has yet to release a debut album, although she’s been featured on a variety of collaborations. The rapper features on Christina Aguliera’s new “Bionic” album with the track “Woohoo.” She’s also been on the Ludacris song, “My Chick Bad,” Robin Thicke’s “Shaking It For Daddy,” and Mariah Carey’s recent “Up Out My Face.” Minaj’s only solo single to date has been “Massive Attack.”
If Diddy singing Minaj’s praises sounds like he’s got stock in her — he does. The music business veteran is signing Minaj to a new management firm he is starting. He has already signed rapper Rick Ross to the new venture.