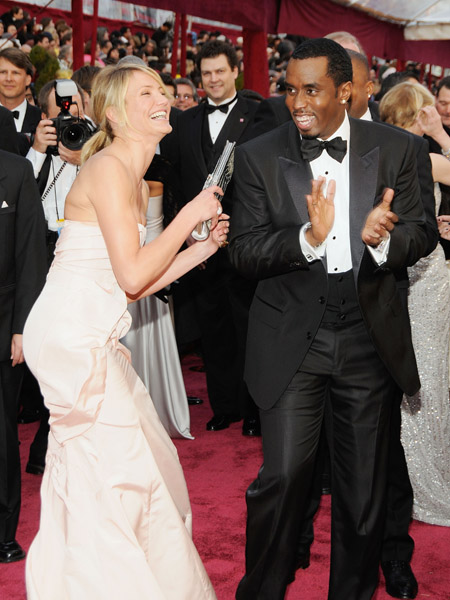 Apparently rap mogul Sean “Diddy” Combs isn’t getting cozy with one of Hollywood’s leading ladies. Sources tell us that the hip-hop superstar is not dating Cameron Diaz. The pair were reportedly spotted together on Monday night on the rooftop of New York’s Catch restaurant. Insiders say Diddy and Cameron “had a ton of security in tow,” but were simply enjoying a “friendly meal.” This isn’t the first time romance rumors have hovered over Diddy and Cameron. Speculation about a possible relationship spread back in 2008 when the two were seen together at New York’s SubMercer bar.What yall think, Diddy loves a powerful woman is he trying to find his Beyonce?