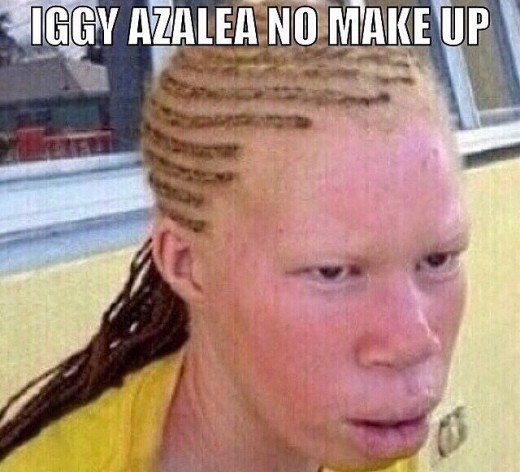 Seems Hefe Wine is not the only one calling Iggy Azalea a liar! Snoop posted on Instagram that Azalea needs to learn to stay in her place in the rap world “at the bottom” he added. Oupk! or should I say Ouch! The above picture was the beginning of the beef. Snoop was just joking around and somebody got all bent out of shape then 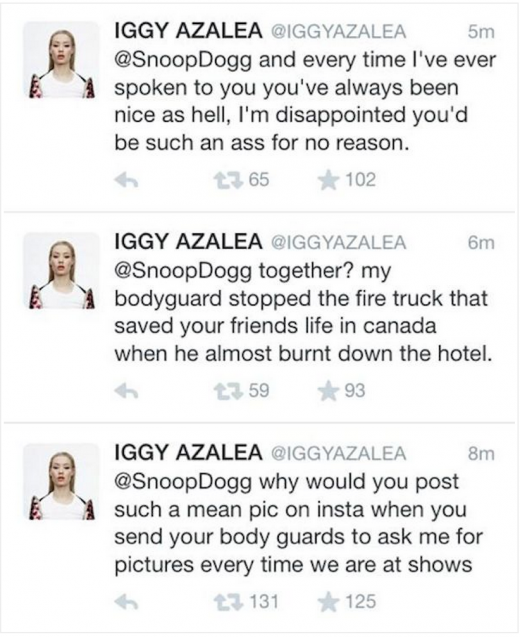 cussed out and clowned the rest of the day via instagram. Iggy tried to reply as only she would go and post the following tweet about her bodyguard helping out Snoop and that’s when Dazz had to go in on dat Azz. Didn’t Iggy know this is what would happen? We learned from our friends at TMZ :

Iqqy is called a liar … for claiming her bodyguard saved the life of Snoop’s friend in a hotel fire in Canada. Daz says HE was the one who kicked down the door and saved the guy’s life … while Iggy’s bodyguard had already left with her.

Daz says Iggy should just shut up, adding, “Bitch needs to stay in her place before we get Nicki Minaj, the real rapper, on her ass!”

Iggy of course has deleted her tweets. Why are we not surprised? Check out more of Snoops IG posts to over 3.7 million of his instagram followers 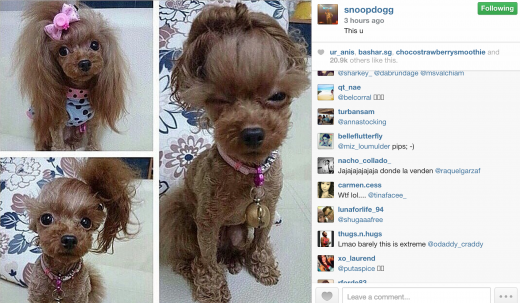 Do you think this does kind of look like Iggy? The Shade! Snoop Lion is on a roll 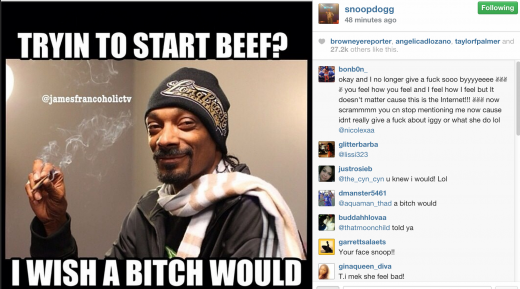 This is how Snoop decided to end the night before he decided to post his promotion of White Chicks 2 starring Iggy Azalea! What do you think? Iggy does look like Marlon Wayans in White chicks though. This is hilarious!  Goodnight uncle Snoop!