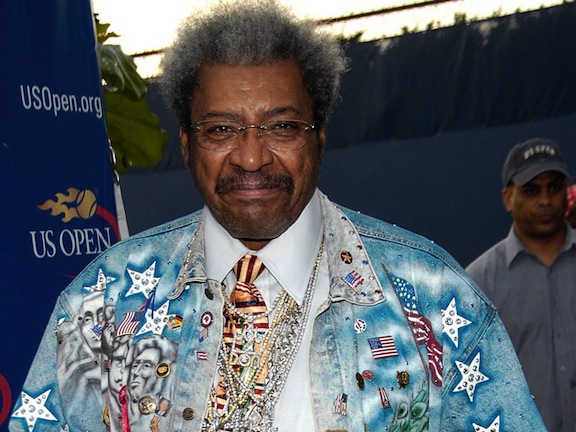 Cleveland News reported , famous boxing promoter Don King was caught with ammunition in his carry-on, when trying to fly out of Hopkins International Airport, Sunday. TSA security agents found the ammunition believed to be for a .357 weapon, while the 79-year-oldâ€™s luggage went though the security check point.
King was in Cleveland this weekend for his wifeâ€™s funeral. Henrietta King died at the age of 87 Thursday night after a losing her battle against stomach cancer. However the bullets were confiscated and King was allowed to board the plane & no charges were filed. Maybe he said the gloves aren’t enough protection bullets are! What do you all think?