Donald Trump Says He Has A Great Relationship With “The Blacks” 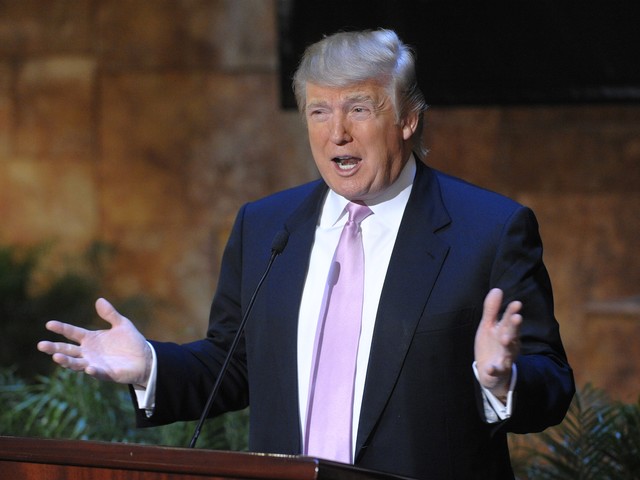 Donald Trump continues to take jabs at our homie Barack Obama, but insisted it had nothing to do with race because he has a

“great relationship with the blacks.”

Trump said he was dismayed by Obama’s strong support within the African-American community.

“I know many Obama supporters,”

“I have a great relationship with the blacks but unfortunately the \[poll\] numbers that you cite are very, very frightening numbers.”

Wow my question is Donald, If you have such a great relationship with us then you should already know that categorizing us as “The Blacks” is as racist as you can get in this day and age. So people just take head to the deeper hold Donald is digging for himself, “His Blacks” got his back so he thinks.. SMH!