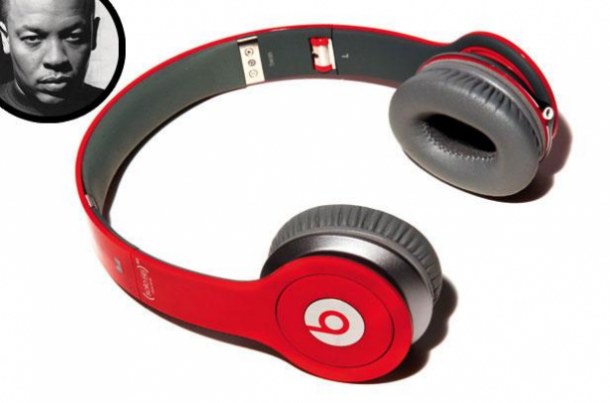 This is history in the making we are witnessing people! Apple offers Dr. Dre $3.2 Billion dollars for BEATS audio and music-streaming equipment! If this isn’t motivation I dont know what is!

Dr. Dre, also known as Andre Romelle Young, is one of the most famous american record producers, rapper and entreprenuer.He has consistently changed the game always displaying his professionalism and perfectionism. CEO of Beats Electronics and Aftermath Entertainment, and former Co-Owner of Death Row Records. iTunes has taken interest in the Beats By Dre brand!  A sale for $3.2 billion would nearly double the value of Dre’s holdings, likely leaving him with a net worth in the neighborhood of $800 million!! Wow!

This will be Apple’s Largest deal ever! according to Gary Allen in Forbes:

The biggest asset of Beats would be the company’s streaming music service, which offers a much more thorough—and successful—social experience than iTunes. It’s advertised as ‘The right music for right now,’ using a very simple interface crafted especially for the mobile experience. Using the Beats iOS app, the user simply creates a ‘sentence’ explaining where they are, what they’re feeling and who they’re with. Beats then creates a playlist of the appropriate music.….There’s no streaming music service so close to the ‘the scene’ than Beats. Incorporating the Beats technology into iTunes could generate an entirely new list of subscribers for the service, which now has over 800 million accounts.

iTunes sales of albums and individual song downloads were declining considerably at the end of last quarter. This deal could possibly save them and put them back on top! Don’t sleep on Dre; this would make him the richest man in the Hip Hop industry surpassing Diddy and Jay-Z!!! Although the Apple beats buyout is not “official”, in the meantime this is cause for celebration!!