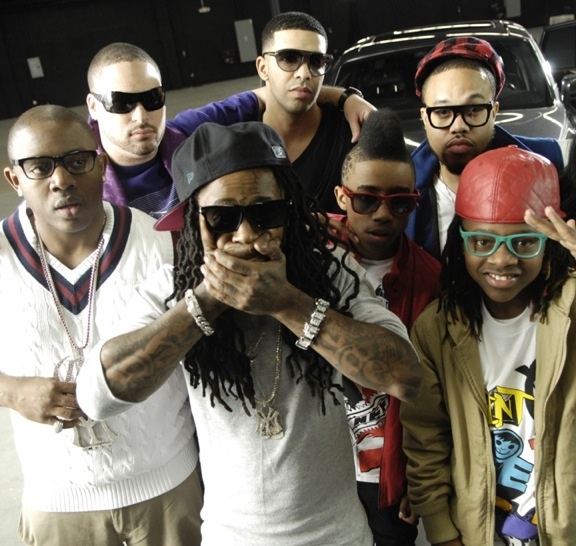 Drake doesn’t plan on filling in for his Young Money labelmate Lil Wayne while he finishes his sentence at Rikers Island. “Drizzy” tells MTV News that while he will work hard to make Young Money a success, he can never take over what Wayne has built. He explains, quote, “I can never hold down Young Money because I’m not Lil Wayne. Lil Wayne is who we look up to. He’s our mentor.” Drake adds, quote,

“I will definitely do everything to keep the brand going, keep Young Money on people’s minds. But Lil Wayne is the only one – he’s the epicenter of that all.”

Drake says he hopes that people who enjoy his upcoming record, “Thank Me Later,” will give credit to Young Money, adding that without Lil Wayne’s help he wouldn’t be where he is today. He states, quote, “I do it in honor of him as opposed to filling the void.”
Lil Wayne is currently serving a one-year sentence at New York’s Rikers Island for gun charges. His website, WeezyThanxYou.com, says he has 160 days left behind bars. Drake’s highly-anticipated “Thank Me Later” album is slated to drop on June 15th.