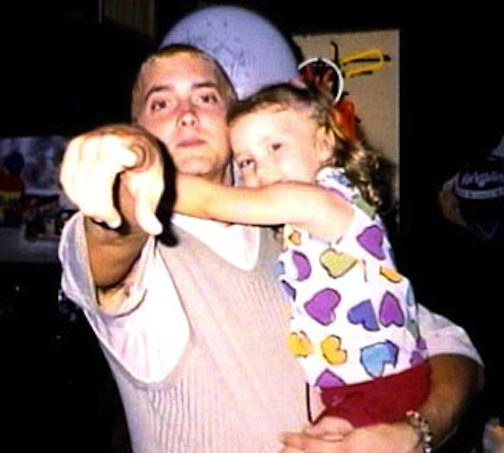 I really don’t know if I believe this one but in a recent interview Eminem says he leaves the profanity in the studio. In a interview with Anderson Cooper during Sunday night’s “60 Minutes” . Eminem said that while profane lyrics may work on his records, he keeps the conversations clean when he’s at home.
The rapper, whose real name is Marshall Mathers, says it’s up to parents to monitor their children when it comes to listening to music that might include R-rated lyrics. He says, quote, “If you’re the parent, be a parent.” In the interview, the Detroit rapper discussed his rise to stardom and the drug addiction that almost claimed his life. The emcee admitted that he once overdosed in a bathroom in his home, causing his organs to begin to shut down. Eminem said he was just a couple hours away from dying, but was fortunately taken to the hospital.
Eminem also discussed his responsibilities as a father, and his feelings towards the dad he never had. When asked by Cooper if he would one day like to meet his father, Em replied, quote, “I’m not sure.” Eminem added that he would never treat his children in a similar manner, noting that even if they went to the ends of the earth he would stay in their life.