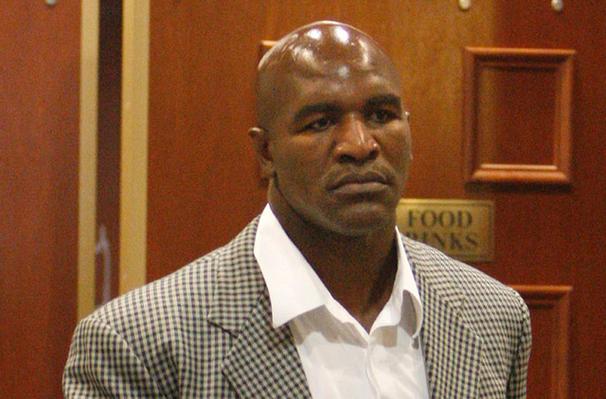 MediaTakeOut.com just received word that boxer Evander Holyfield’s wife has asked for a RESTRAINING ORDER against him.

Hereâ€™s what popped off. Candi Holyfield, Evanderâ€™s third wife, claims that she and Evander got into an argument over the amount of money that she has been TITHING to the church of MULTI-MILLIONAIRE Creflo Dollar. 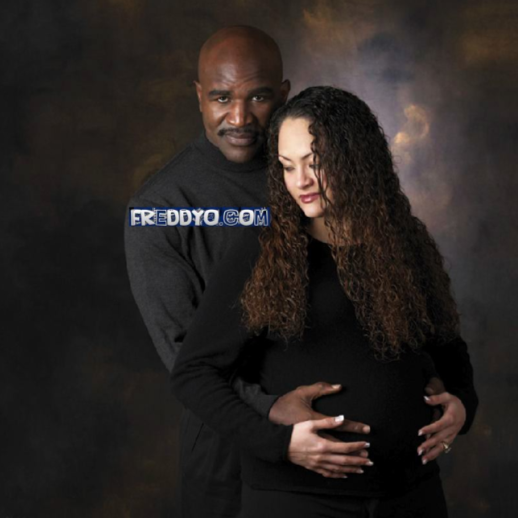 A few weeks ago, the Holyfieldâ€™s had to have the HEAT turned off in their Atlanta mansion, it’s not clear why. When Candi started complaining that the cold home was dangerous for her and their children Evander snapped – claiming that the reason she was cold was that she HADN’T BEEN TITHING ENOUGH to the church.

Here’s how Radaronline describes what happened next:
The deeply religious boxer accused her of being disrespectful when she pulled the covers over her head and he said that she needed to “start putting God first” in her life.

Holyfield refused to let up, arguing about payments made to their church and asking his wife if she had been tithing. He demanded she show him the check stubs of her payments to the church and after she refused, Candi alleges that Holyfield hit her in the face on the back of the head twice and on her back also.

This is a very sad story. Unfortunately, it’s one that ALL TOO MANY OF US have seen in our own lives. Evander is obviously suffering some kind of a mental disorder from taking all those BLOWS TO HIS HEAD during his career.

But his pastor, CREFLO DOLLAR from Atlanta, is SHAMELESSLY taking the last of Evander’s money. There are so many preachers that prey on the mentally ill – stealing every last cent of theirs.

We don’t even blame this on Evander, dude is in trouble.