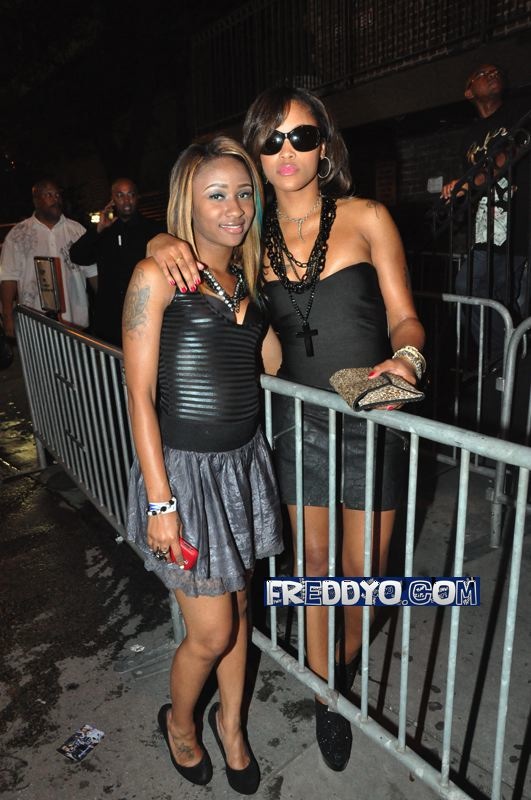 Last night I had the opportunity to meet rapper Eve, at “Opera Night Club” one of Atlanta’s top clubs to party at on a Thursday night. Eve who is in the ATL filming a pilot with Lauren London, LisaRaye and Stacey Dash for â€œSingle Ladies” is also working on her new album. I was told that the Album is almost done and will have cameos from Luda and Akon who she is currently in the studio recording with, in the ATL. I got to give it to her she don’t take no mess, and is as real as they come.. Also in attendance was my homie Diamond. here are all the pic’s..