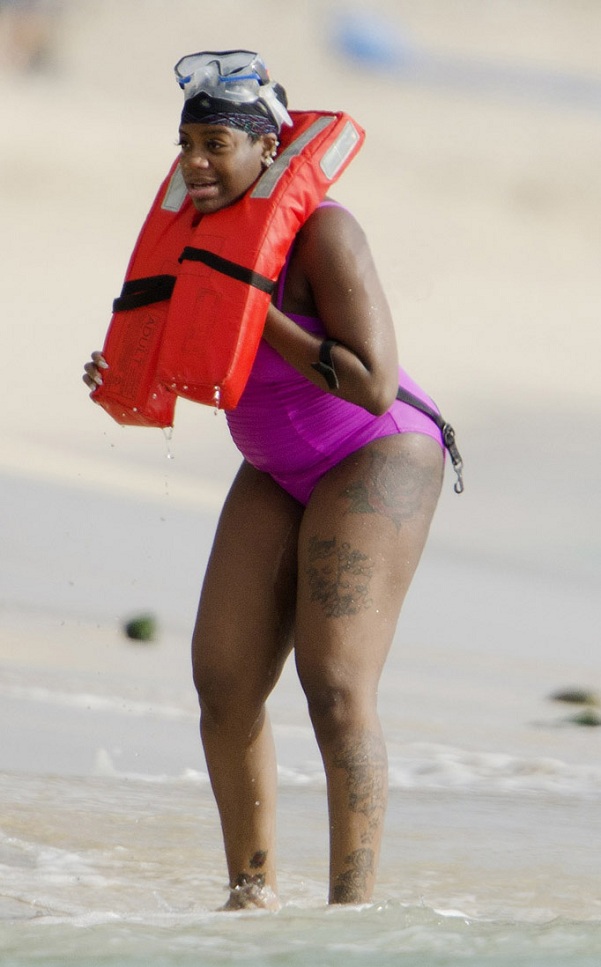 There had been some rumors circulating about whether or not Fantasia was pregnant and now she’s confirmed it for us all! In a video (posted by @MsiCandi via Twitter), she told a crowd of people that they were the first to learn of the news. She also confessed how she was afraid of what people would think of her but talked about her faith in God and how He is the one who gave her this child. So there you have it folks. Ms. Barrino is preggers! We don’t know who the father of her child is yet but we will be sure to let you know when we find out! In the meantime though, who do you think her baby daddy is? Antwaun Cook?