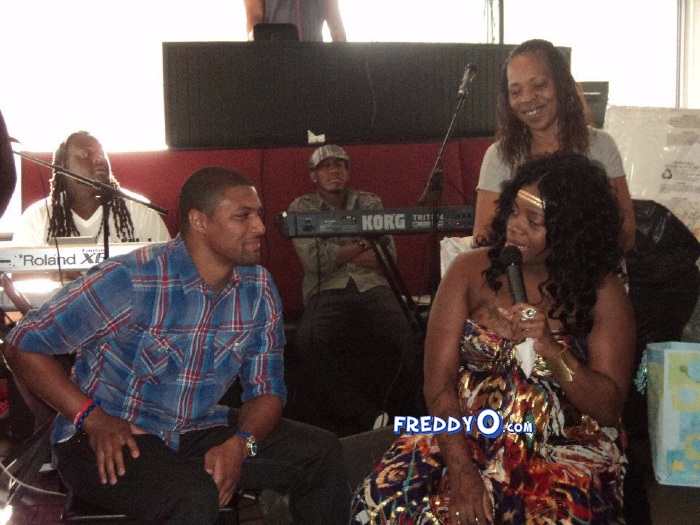 Fantasia Barrino is going through a difficult time in her life. She gave birth to her son, Dallas Xavier, on December 13 but is quite unable to be excited about the newborn.

According to sources, she’s not living with her boyfriend Antwuan who is the father of her newly born child. She’s also a mother of a 10-year-old girl. To support these children, she needs to work. But her children needs her, too,Â  at the same time. That makes a great dilemma for the 27-year-old singer.

Antwaun Cook is said to be still married to his estranged wife Paula while he’s also a father of a child with Fantasia. A source from Fantasia’s camp said that she’s still financing an expensive lifestyle and touring constantly to pay for it. Now she hopes that her boyfriend will step up, get married with her and take care of the rest of the family.

We understand that she’s tired of taking the whole load of work, family, and motherhood.

While Fantasia has yet to release a picture of her new son, we can tell what he looks like. Fantasia’s camp revealed toÂ S2SÂ that the baby was born with light skin and a mop of curly hair. The “Bittersweet” singer has yet to confirm herself who the father of the child is, but he was present for the C-section delivery.