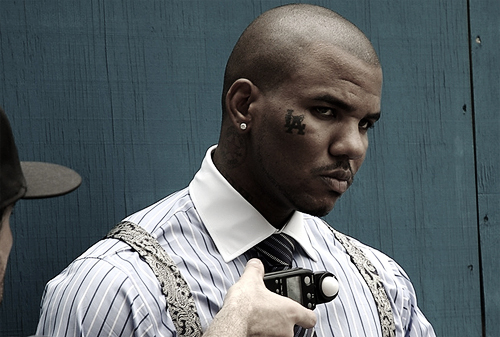 West coast rap star Game has been ordered to cough up several thousand dollars for throwing fists at a funeral. A Los Angeles judge says the emcee owes his cousin, Robert Kirkwood, slightly more than 50-thousand-dollars for medical expenses and other damages. The official judgement in the case was entered a few months ago, but Kirkwood’s attorney tells TMZ that Game has yet to pay. Kirkwood filed a lawsuit in 2008 claiming Game assaulted him during his sister’s funeral. The incident reportedly occurred after Kirkwood confronted the rapper about not paying for some of the funeral costs.

Game is currently working on his fourth studio effort, “The R.E.D. Album.” A release date for the record has yet to be announced.