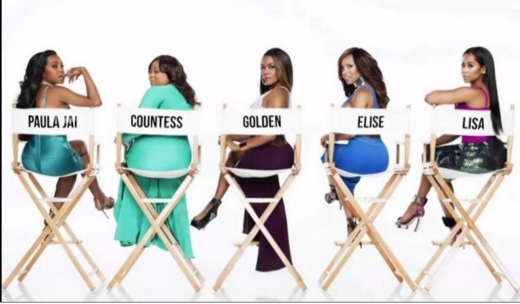 Shout out to the homies Todd Tucker (right) and Carlos King (left) above photo. I know if you caught the premier episode of Hollywood Divas on TV One last night that you would agree a huge congratulations is in order for Executive Producers “Todd Tucker and Carlos King” for the Premier episode of Hollywood Divas! The hometown girl Lisa Wu held it down and represented, Elise Neal (you look great for 48 dear), Paula J Parker(it’s time to stop playing around and get back to acting, same for you Countess Vaughn and Golden Brooks. Move to Atlanta! Now let’s talk about the show first and foremost. Let’s back-flash to the 7 great highlights of the night 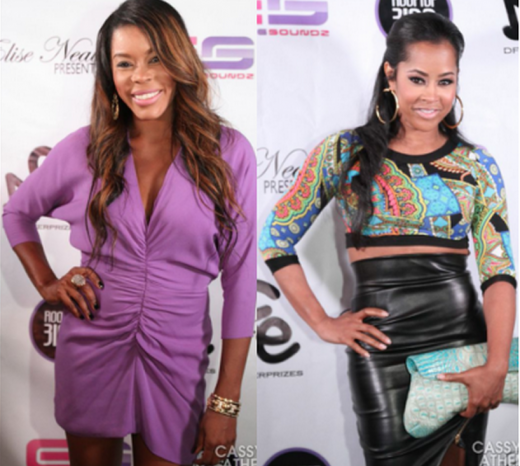 Actress #1 up for Review : Paula J Parker I’m not sure if I wanted to see Paula J Parker in the light we did with her Robin Givens vs Mike Tyson interview opening in the show. “Reading her husband for filth” You should have titled that speech “Reasons by Aretha Franklin”. Now was it fair to explain to your husband on national television that your decision to marry him “an outsider” was the reason you were blackballed from the industry? You really couldn’t believe that. Do you? Now you know we think married folks only do reality tv for 1 or 2 reasons (to let the audience find a reason to divorce or to use as an excuse to break up). We have seen it enough to know the set up. Now what is he supposed to do? Don’t mess around and loose your babysitter girl! Move to the ATL and get a house here. I’m sure you can get something fabulous for the price of that hotel in LA.

Stop crying to your girlfriends about being homeless because it always makes the man look bad since he is supposed to be the provider and all. Get to those auditions. You can too much talent for this foolishness! Most people don’t work cause they really don’t want to work! Get your butt to the ATL and network! We Got You! Paula J Parker’s Husband  #2  That face though while Paula was fussing and then your response was classic:

“Those aren’t your real friends Paula”. Bruh! That’s it? It’s going to be ok? We honestly were waiting to hear some of your solutions. You know? Rollo and nem said they could hire me part time, UPS called today, I won the LOTTO, I’m going to handle all of this and we will be out of here in 30 days. Perhaps next week we will hear the solution. Not looking like you are going to be winning over any fans of Paula or accumulating new followers on social media. Do we need to send you to the Stevie J school of how to keep your girl working and making daddy money? Signups are coming next week. Actress #2 Little Ms Golden Brooks from the HIT SHOW “Girlfriends”

When Golden Brooks told Countess Vaughn to say she was beautiful. Then after Countess said it, Golden said “Fake it til you make it.”  We know that wasn’t a read right? I think the whole confidence thing was the read part. For someone with a Masters degree it must have been a bonus course in Snob-ology because you were really being a lil snob to everyone Ms Beverly Hills. You shaded the homegirl Lisa Wu and you knew we was going to talk about you for that. You are on the same Reality Show TV that the other “Ladies are on, With You”. Really? We are glad to see you back on TV and now your old show is in syndication. You did that! Now get to Atlanta on the same flight as Paula J Parker and both yall gonna visit Tyler Perry and Oprah and get some jobs on OWN TV! They got you! They need experience over there. I think both yall are qualified to be directors or something and Countess Vaughn could be the acting coach on site. I think I’m gong to start an agency! Actress #4 – Lisa Wu  “I’m Proud of you for not flipping over the table when they tried to shad you at the lunch! Yep they straight up rolled the car window up on your acting skills. They are just not knowing- but they gone learn soon. Don’t they know you are a walking lethal weapon! They tried it!

When Lisa Wu walked into the room and Elise Neal was like ‘What’s your name again?” You played it off and said “Stop playing” you know we met! But if looks could kill you were just staring at the ladies as if you were in deep thought and deep prayer. Baybayyyyy you have come a long way because 2 years ago it would have been a whole different Lisa Wu. Now is this the LA Lisa Wu? I like her! Where is E.J? Actress #5 Countess Vaughn 227, Moesha, The Parkers, then Keemy’s real life death and I know you all were close, so it’s no wonder you needed to take a break, find love, make a baby, find divorce court, find love again, make another baby blah blah blah. Now you are the triple threat because you don’t even know that in addition to you acting, and singing you really need to try your hand doing stand up comedy! You funny as heck! I’m talking Jerry Seinfeld funny in a black woman sort of way! Highlight #5,6,7

*When Elise Neal was questioning Lisa’s acting credits and then Golden Brook joined in and they were both questioning if Lisa Wu’s eligibility status to be a part of the group. What that says to me is they were thinking ‘Either this B got credits we don’t know about or Pinch me, Cause I must be on the wrong set and show If my career has gotten to the point that it landed me on a show with an EX Reality TV Real Housewife of Atlanta.” dag (My life worse that I thought it was ) That was just our friend of the site ANOTHERMARTINIMOMENT editor’s perception of what it looked like.  So I can’t wait til next week to see if  Paula J Parker actually going to “Slap the taste out of her husband’s mouth” for what he told her momma! Now you know you cannot go badmouthing nobody’s momma!!