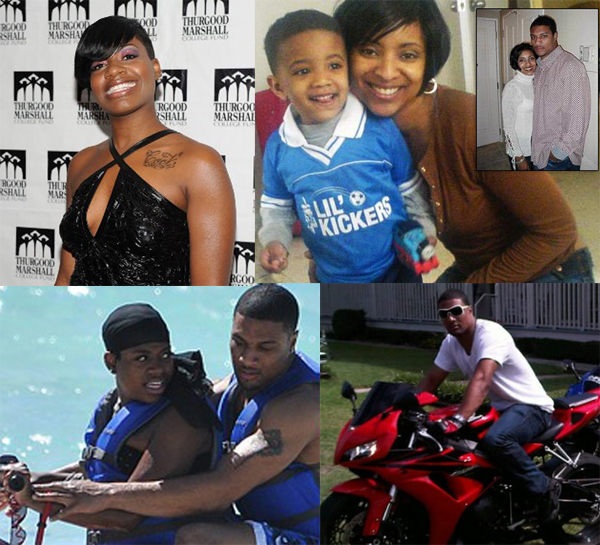 According to CNN, A North Carolina woman is alleging that “American Idol” winner Fantasia Barrino engaged in an affair with her husband, and says in court documents that the pair “recorded” their sexual encounters. (August 7). The documents allege Antwaun Cook began the affair with Barrino, 26, in August 2009 after the pair met at a Charlotte-area T-Mobile store where Cook is employed. Soooo… does she like regular guys…or is she just country, because first of all– he’s married, second of all– its the only state where she could get sued for being a homewrecker, and third… he works at T mobile…crickets. See video below!!

â€œHe donâ€™t want you. Maybe the next time that you get a husband youâ€™ll know how to keep him. Thatâ€™s why he is here with me.â€

Fantasia may have found that love in Antwuan Cook, but heâ€™s married.

His wife, Paula Cook, has filed a complaint seeking custody of the coupleâ€™s two young children, ages 1 and 4, along with child support and alimony.

The complaint references a sex tape as one possible element to prove an affair.

Court documents say the â€œHusband and Ms. Barrino have at times recorded their illicit sexual activity.â€

â€œYou can sue that third party. Most of the cases involve sex, it doesnâ€™t have to be sex, it can be something much lower,â€ says Professor Beau Baez from The Charlotte School of Law.

He says that North Carolina is one of seven states where a â€œhome wreckerâ€ has something to worry about.

They can be sued.

According to the complaint, Fantasia told Paula Cook to get lost in so many words.

Court documents show in a phone call, Fantasia says, â€œHe donâ€™t want you. Maybe the next time that you get a husband youâ€™ll know how to keep him. Thatâ€™s why he is here with me.â€