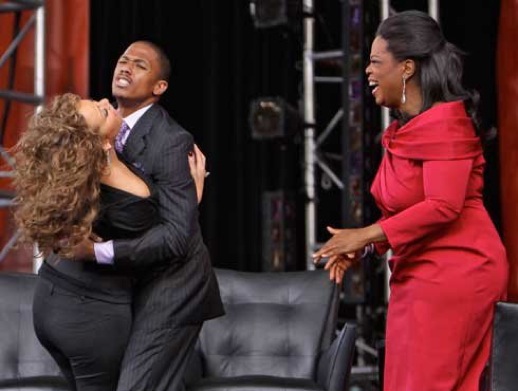 Is Mariah Carey Losing her mind? According to Bossip, Mariah Carey may be considering going into rehab. Theyâ€™re saying,

In the past months, Mariah has been publicly intoxicated at many events and a source confirms Mariahâ€™s drinking habits are out of control. A source close to the singer says Mariah drinks champagne all day long and itâ€™s becoming a problem for Nick Cannon. Itâ€™s gotten so bad that Nick has suggested checking Mariah into rehab.

Sources say Mariahâ€™s excessive drinking is caused by her fear of becoming a washed-up superstar. And I must say Mariah has been seen drinking alot do yall think she is not happy with her life? At first it seemed that Mariah was just enjoying life and having fun, but clearly itâ€™s become a problem.

I hope she gets help