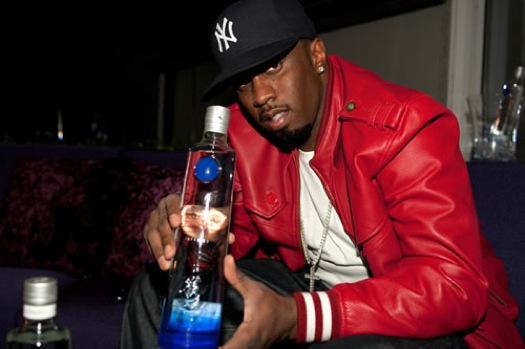 Forbes just named its ‘Future 400’ list of innovators and movers who they believe will break open the billionaires club, just like the creators of Facebook and Google did. But there’s only one guy from hip hop who made the cut, none other than Sean ‘P. Diddy’ Combs. The Bad Boy record exec is worth about $550 million and with his many investments, will be to a billion soon enough.

“Diddyâ€™s ten-figure dreams hinge on a lucrative partnership with Diageoâ€™s Ciroc vodka. Diddy teamed up with alcohol conglomerate back in 2007 with the aim of perking up sales for the fledgling spirit. Diageo agreed to split any profits with him; if the company ever sold Ciroc, heâ€™d be entitled to a share of the proceeds. The rationale: Why not? The brand wasnâ€™t selling, and Diddy was always known for having a flair for marketing.

Even so, the executives at Diageo could never have expected just how much Diddyâ€™s presence would boost sales. In 2007 sleepy Ciroc was moving cases at a rate of 60,000 per six months, or 120,000 per year. In 2009 Diddyâ€™s second year with the brand, Ciroc moved 400,000 cases. This year Ciroc is on pace to sell more than 1 million cases. The boom was fueled in large part by Diddyâ€™s diligent shillingâ€”on billboards, in lyrics, on Twitter and even through a self-proclaimed nickname, â€œCiroc Obama.â€

These days, Diddyâ€™s interest in Ciroc is worth somewhere in the low-to-mid nine-figures by our estimates and makes up the largest chunk of his net worth. As the vodkaâ€™s value grows, so, too, does Diddyâ€™s fortune. Itâ€™s conceivable that Ciroc could someday be worth as much as Ketel One, and in that case, Diddyâ€™s interest could be worth somewhere in the mid-to-high nine figures in the event of a sale. Add in Diddyâ€™s other companies, which include Sean John clothing, Enyce clothing, Blue Flame marketing and his Bad Boy Worldwide record labelâ€“Diddyâ€™s interest in those companies adds up to well over $100 millionâ€“and a billion-dollar net worth doesnâ€™t seem so far away.”

P. Diddy has always been an innovator and def knows how to use his brand.

Who do you think will make a billionaire first? Diddy or Jay-Z?