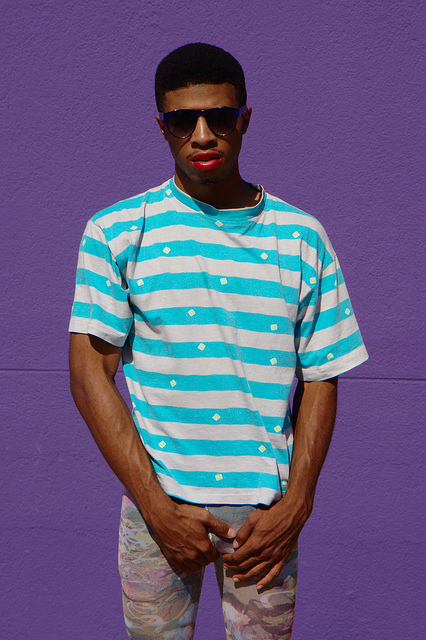 Sometimes I feel like artists go a little to far to get the attention they want because they want a reaction out of their audience. Im fine with artists exploring their talents and trend setting but asking a grown ass STRAIGHT man to wear lipstick? Come on now!

Dallas Rapper, Dphill Â is the innovator behind the â€œXYâ€ movement, a new breed of straight male artists who rock lipstick and tight, colorful clothing to blur gender lines. They aim to challenge what is considered normal for menswear.

The provocative form of self-expression is not just a gender-bending strategy to amass more listeners. In April, rapper Lil B did when he released his album titled Iâ€™m Gay as a way to express his joy in making music as opposed to professing his orientation. Lil B also supports him. 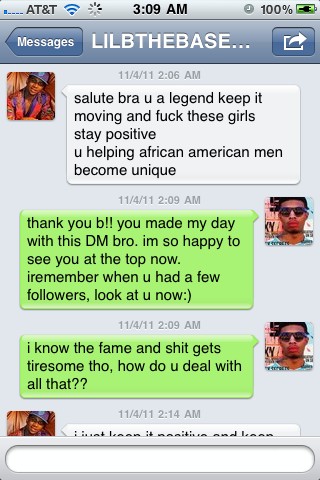 Prince and Boy George are also throwback examples of male performers who used their feminine side to stick out as artists.

The 19-year-old rapper, who first featured in the October issue of S magazine, is now leading a younger generation to do the same.

â€œI had to just break down those barriers in my mind to where I was just confident to do it,â€ he recently told local news station CW33 in Dallas, while wearing floral leggings, bright pink lipstick and Jordans.

Not only does it take an extreme sense of self-comfort, but his girlfriend also supports him. â€œItâ€™s fine. I wear lipstick, he wears lipstick, we share lipstick,â€ Joy Nguyn said.

The â€œXYâ€ leader, whose real name is Darryll Phillips II, has also turned to social media, finding male followers on Twitter who also wear lipstick in support of the movement. However, not everyone approves the statement Dphill is trying to make.YouTube users “TheNikbagtvZone” and “TheBloodprint” have publicly called him gay after his story generated a buzz on World Star Hip Hop.

Even if his girlfriend gets negative reactions as well, thereâ€™s no changing this guyâ€™s fashion sense anytime soon.

â€œA lot of people feel like a lot of colors and tight clothes is homosexual,â€ Phillips said, â€œ I feel like that itâ€™s more of an expression to me.â€

WOW!……What do you guys think?