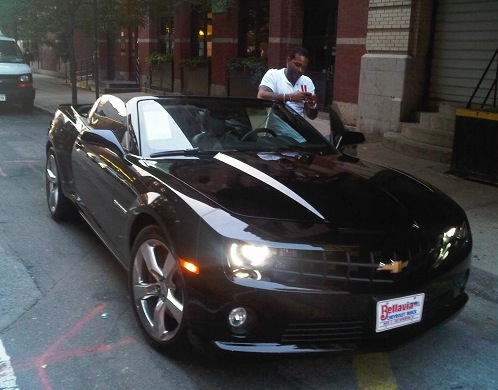 Jim Jones is a little lighter in the wallet following a visit to Manhattan Criminal Court on Thursday. The rap star pleaded guilty to a misdemeanor traffic violation and paid a 200-dollar fine. He was also ordered to hand over an 80 dollar court surcharge. Jim’s minor legal drama began back in March when he was pulled over for driving on a suspended license. Following his court appearance, Jim told the “New York Post” that he’d “had enough of this building and they have had enough of my money.” When asked if he would be back, the emcee replied “I’m praying not to.”