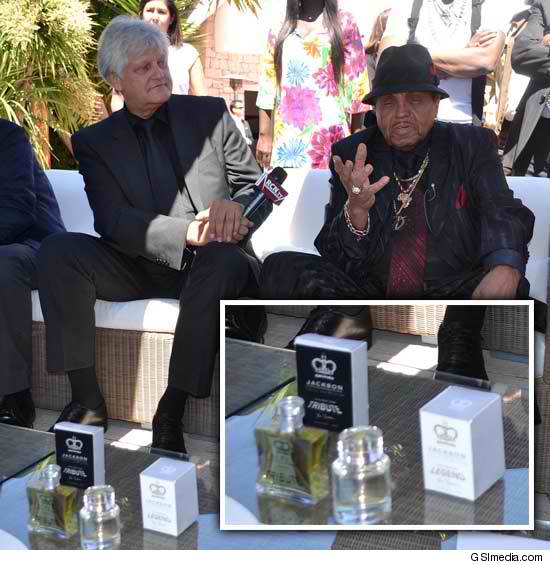 Since the death of MJ I have seen more of Joe Jackson than I care to. He has been popping up everywhere with one business deal after another. This week in Cannes, France Pappa Joe debuted his “Jackson” line of body scents for men and women. The perfume is called “Legend” and a cologne is called “Tribute”.Â  We already know that since the death of Micheal his father has launched a record label, developed a Jackson Vodka, perfume and cologne. When will the foolery end??

Nonetheless, if you are wondering what the scents smell like. TMZ reports that the cologne is described as “heavily musky” and the perfume is “floral harmony” combined with a “fruity note.”

As for now there is no word on when the scents will be available for purchase. Be on the lookout for the next Joe Jackson invention. LOL