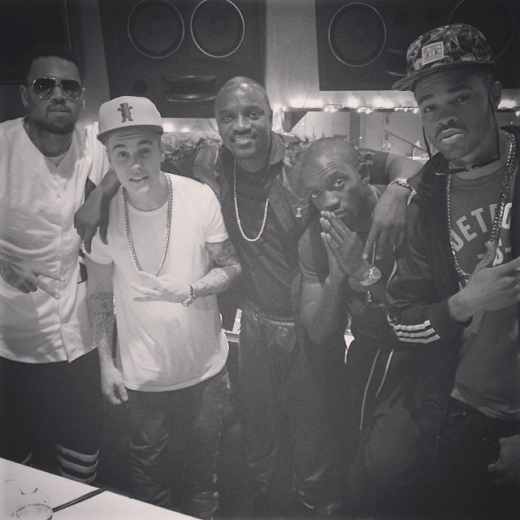 Justin Bieber is hinting at new music and collaborators with Chris Brown and Akon on Instagram.

Pop Singer Justin Bieber has posted an Instagram photo of himself in the studio with Chris Brown and Akon. Chris Brown is not wasting anytime with getting back to work after being released from jail on June 2nd, and is rumored to be recording his next album.

Chris Brown and Justin Bieber have worked together in the past, on “Next To You” from Brown’s 2011 “FAME” album.  Akon has also been a longtime friend and supporter of the Justin Biber as well. It’s unclear what the three are cooking up in the studio, but Chris and Akon appear to be sticking by Justin’s side despite the racially charged leaked video scandal from earlier this month.

I guess we will just have to keep our ears and eyes open as this story develop.