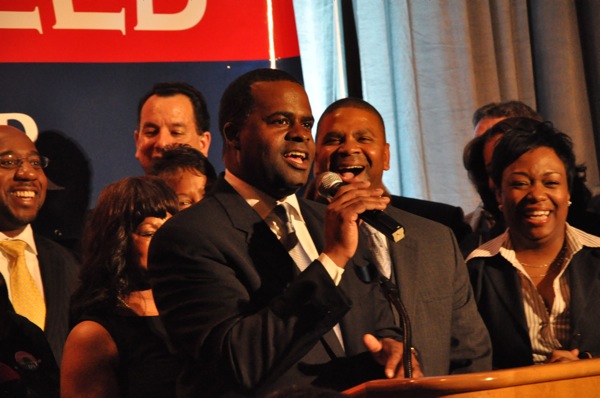 Kasim ReedÂ is nowÂ Atlanta’s 59th mayor! Last night he held a watch party that turned into a celebratory party at the Hyatt in downtown Atlanta.. Jermaine Dupri and Dominque Wilkins, famedÂ NBA player,Â came out in support, as well as Ryan Glover. It was an amazing thing to see the emotion in the room when everyone heard the news that he won. I am proud and happy to say that I had the opportunity to work with this campaign almost from the very beginning. This was also my first political party. I am a proud supporter of Kasim Reed and would like to tell him congrats from Freddyo.com!