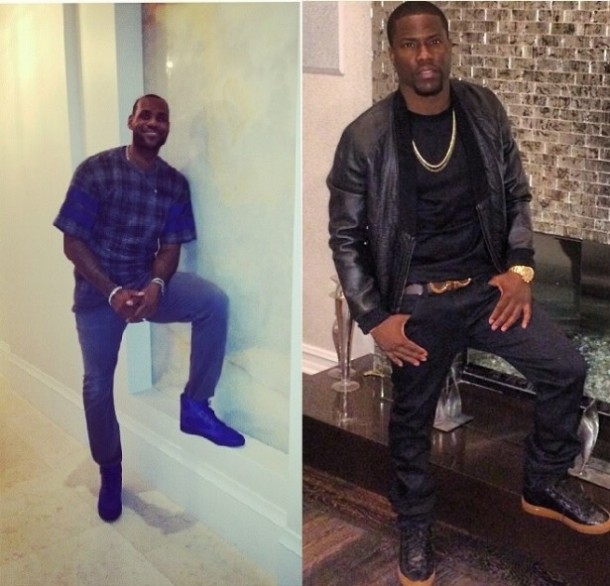 Variety.com is reporting that Kevin Hart and LeBron James will be co-staring in a new comedy movie together titled “Ballers.”
Kevin is going to co-write the script for the comedy where he plays the brother of an NBA superstar.  In the movie, Kevin Hart’s character gets to prove himself when he attends a weekend fantasy basketball camp.  Check out some footage of Kevin joking on Lebron below!  Too Funny!!