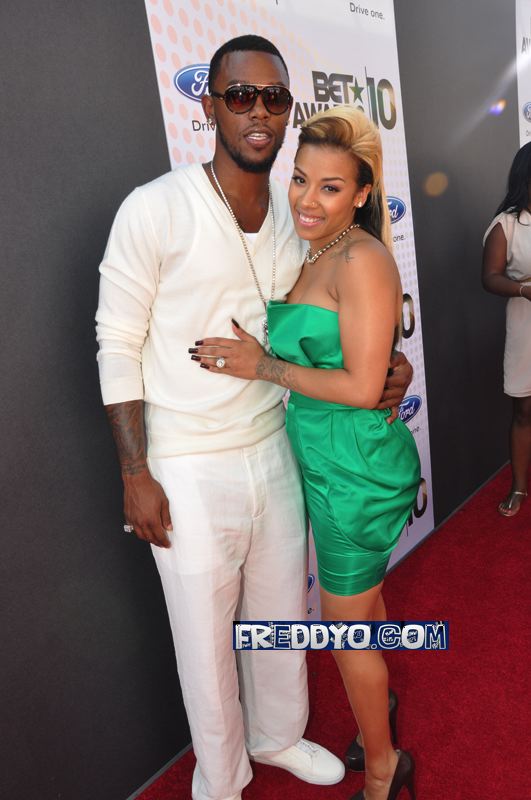 Keyshia Cole made her first public appearance after a year, and some Mommy time out for her new baby boy, and soon to be loving husband. Do not get it twisted, although she is a mommy, she is still bringing it and still got it. She was looking so fabulous, and really made B.O.B.’s set one to remember…although Eminem kind of stole the show. I wanted to tell you all she was coming, but they would have been pissed at me. For all you Keyshia Cole fans, her new album should be dropping some time this winter.

In March 2009, Cole began dating Daniel Gibson of the NBA’s Cleveland Cavaliers. Â On February 4, 2010, the pregnant Cole was hospitalized for precautionary reasons. On March 1, 2010 Cole was admitted into the hospital with labor pains. One of Keyshia’s closest friends, R&B singer Monica, confirmed the labor situation via her official Twitter page. On 2 March 2010, Cole gave birth to her first child, a boy, named Daniel Hiram Gibson Jr.