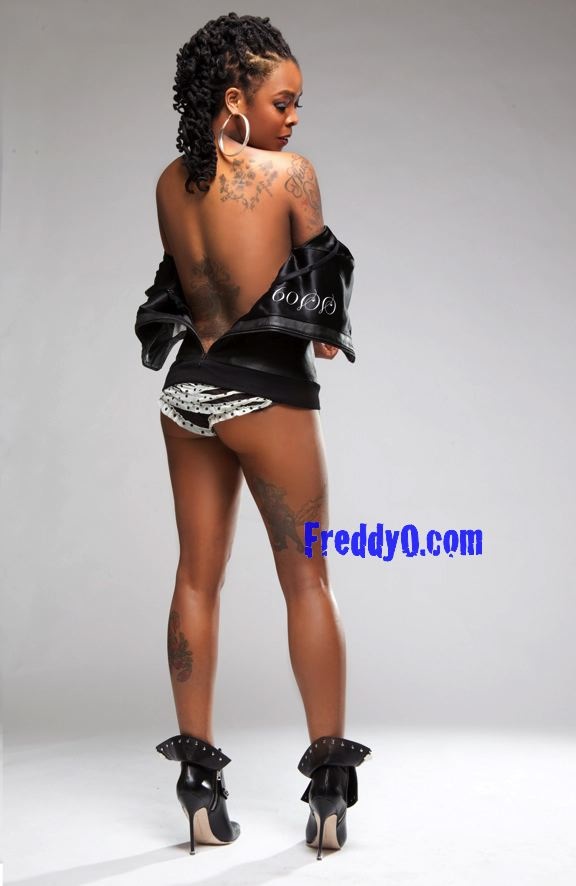 In 2002, Khia entered the hip hop world with her sexually assertive â€œMy Neck, My Back (Lick It).â€ Since then, her name has been synonymous with pure, unadulterated freaky music and she has been regarded as an artist who is bold and unapologetic. Florida’s own Khia is now currently working on a new reality show although the name has not been set in stone she keeps it really and lets all you haters know who’s really the baddest Bit*h. And from the look of these pictures, she has been in the gym and her juices seem to be flowing better than ever. As Khia told Porsha Fox, “let your haters be your motivators cause yall are only giving her press.”

Slated to be released in spring 2010, â€œKhia Shamone| Motor Mouf,â€ She looks forward to performing the songs in front of a live audience and TV and adds that even though she hopes her music will inspire her peers to step up their game. Khia is happy to know that she has achieved what she set out to achieve: total creative and personal freedom.

Here is that throwback song “My Neck, My Back…” my mama wouldn’t let me say the rest, so I’ll just leave that to you all’s imagination