Lamar Odom: The God Inside the Man. 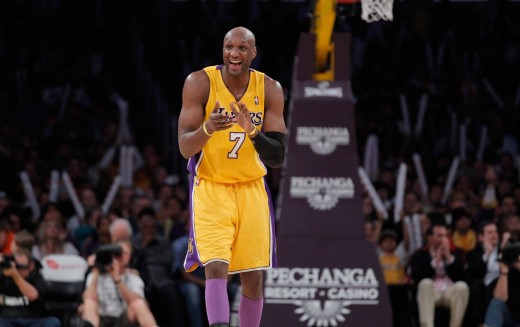 The scene is set. The arena is measured at 94 by 200sqft, 19067 seats cushion the hips of the sea of fans and patriots to the sport of basketball, Staples Center, this monumental giant is home to the Los Angeles Lakers and one of its biggest stars. As his name sounds over the sound system the crowd roars in approval as does the darkness, as once again he leaves it’s grasp as he emerges bringing the light from the superstar that he is. His back brands the number 7, solidifying the speculation that he is God’s son and in his own right a god! His name is Lamar Joseph Odom.

He stands at 6ft 10 to anyone with a height of 5’3 or shorter, he’s a giant, but if you were amongst the many who has been on the receiving end of this altruistic human being, his height is unmeasurable! Lamar is no ordinary human being, in fact if you look at all of his public accomplishments you would agree that he just might be the first real life angel that could be documented to have walked amongst us!

Born to parents Cathy Mercer and Joe Odom on November 6, 1979, in South Jamaica Queens New York, an era in that city known as the “American Crack Epidemic”. An era that had enslaved many black men and women, Lamar’s father being one of them, but that was not to be Lamar’s vice, nor his master. Lamar was destined to be a slave to his gargantuan sized heart and his love for the game of basketball! 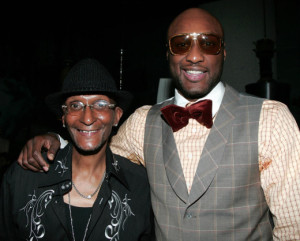 October 14th 2015, was a day that has been indelibly cemented in the hearts and minds of all those who love and adore Lamar Odom.

As i scrolled though the various hashtags attributed to his name on twitter, one thing that was clearly evident was that Lamar was loved and respected.

It was a solemn Tuesday afternoon on October 15th, the internet was set ablaze with reports that “A star had fallen!” Two-time NBA champion Lamar Odom was found in his private room unconscious at Love Ranch, a legal brothel in Crystal Nevada. It had been reported to the Nevada police by a female employee that upon entering his room, she discovered Lamar with mucus type liquids coming from his nose and mouth. This was the beginning of speculation that he had been doing drugs in addition to ingesting ten of the banned herbal supplement “Reload”. 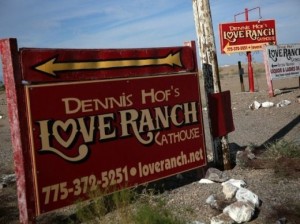 The media ate this story up like it was Marilyn Munroe served on a silver platter. Reports of his fathers’s checkered past  and relationship with drug addiction resurfaced, as did all of the tragedies that seemed to monopolize themself consecutively in Lamar’s life. No one waited to hear the truth, or stopped to consider that this may have been an accident of ignorance.

Lamar doesn’t strike me as the kind of individual that would purposely end his life. He doesn’t present himself as someone that  would just say, “I’ve had enough of this!” The man behind the reports was bigger than the simple understanding of his misfortunes. They didn’t see the god in the Lamar, which is why they can’t understand how he’s been through so much, including this accident and he still has a will to live.

We watched as Lamar’s emotional state seem to slowly deteriorate amidst the separation he was going through with his wife and thereafter the death of his best friend. We looked at this gentle giant and watched in horror as he was cut down by his own demons; the alcohol and the demons that came along with being married to a kardashian! We prayed for Lamar, we cried for Lamar, because we love Lamar. 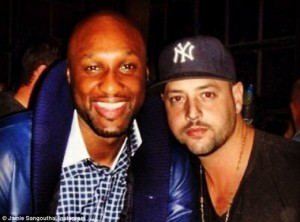 This man who had lost so much, his mother, his aunt, his grandmother and a cousin; the latter all in the space of a year in addition to dealing with being an unsigned free agent and the pains of having his life unfold on a global scale on national television! How could one person be allotted so much grief and obstacles? It was inevitable; his breakdown; we were expecting it to happen, but we weren’t expecting him to get back up, were we?

We were all happy to learn that Lamar had pulled through that most terrifying ordeal and that his “estranged” wife Khloe Kardashian had put aside any marital differences and was at his bedside. We were thrilled to see him reemerge in the spotlight and was amongst the people that genuinely cared about him, His children, his “wife” and her family and his dad (who i’m sure loves him in his own way). We were happy that the #prayersforlamar hash tag that floated on twitter had been answered. He would live, he would rise up again like the phoenix he is! 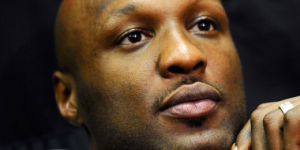 No one is perfect and Lamar Odom is no exception, but one thing is for sure he is no ordinary man and the life that he lives is a testimony to that in all of his being, flaws and all!