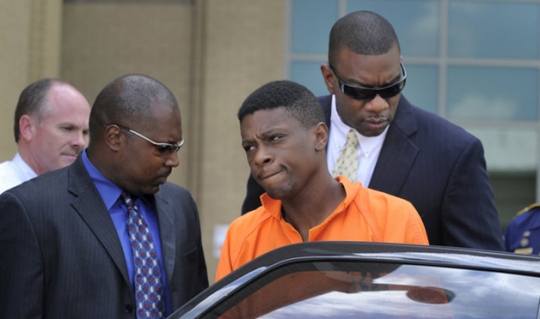 Lil Boosie says the district attorney prosecuting him for first-degree murder should be removed from the case. According to “The Advocate,” Boosie’s attorney filed a motion last Thursday claiming East Baton Rouge Parish District Attorney Hillar Moore the Third has a “personal interest” in the case because he heard a Lil Boosie song that contained “disparaging remarks” about him. Lil Boosie’s motion alleges that within ten days of hearing the song Moore prepared a case to bring before a grand jury, despite the fact that the individuals responsible for the crime had been locked up for a while. Moore says Boosie’s claims are simply not true stating, quote, “The indictment had nothing to do with a song. It has to do with dead bodies and victims.” A judge is scheduled to hear Lil Boosie’s motion on June 22nd.

â€œIâ€™m innocent; Iâ€™m completely innocent. My situation is one that is unjust, unfair and based on an attack against hip-hop and rap as a whole. Even through these circumstances my family, labels and fans have stood by me and I thank you for that. My album Incarcerated comes at a real changing point in my life.â€

Hummm?
Lil Boosie is accused of paying to have a man named Terry Boyd killed. Boyd was murdered in October of 2009 after someone shot through a window in his house. Two other men are also facing first-degree murder charges in connection with the case. Moore says his office hasn’t decided if they will seek the death penalty against Lil Boosie.