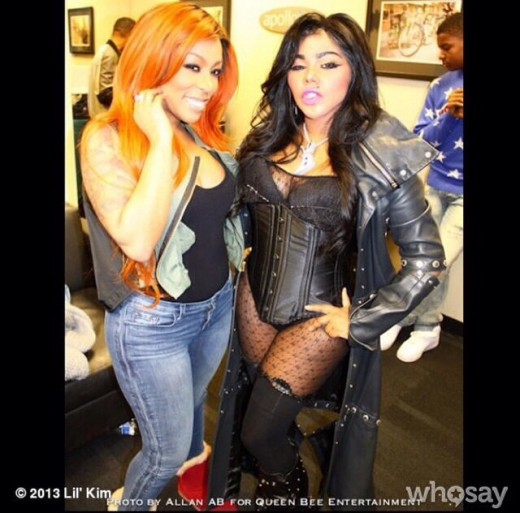 It has been known that th homie K. Michelle has been beefin’ with rap veteran Lil’ Kim for a minute now! Well, the original Queen B caught wind that K. Michelle was saying some not so nice things about her, and clapped back with a very lengthy response on Instagram!

Lil’ Kim is LIVID with the things she’s heard being said about her by R&B singer K. Michelle! The rapper took to her Instagram and posted a pic of the two and a very lengthy caption explaining to fans what she really thought about the situation, which reads: 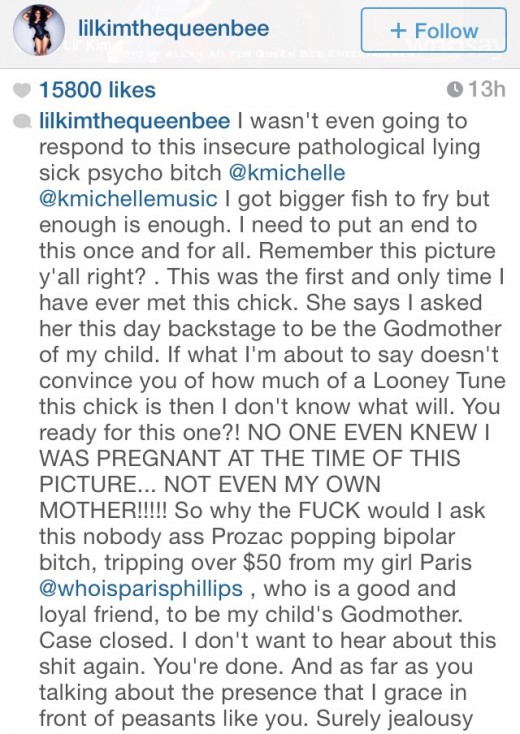 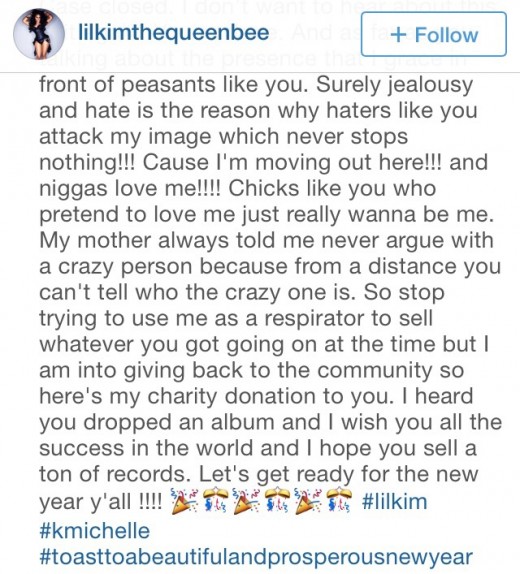 If you remember, a couple of days ago K. Michelle sat down with Power’s 105 “The Breakfast Club to talk about her sophomore album Anybody Wanna Buy A Heart and its motivation Idris Elba, and her arch nemesis Lil’ Kim!

When she got to the subject of “Lil’ Kim,” the songtress had nothing nice to say! K even nicknamed the rapper “Plastic Penny.” The new mommy visited “The Breakfast Club” back in September and denied ever asking K. Michelle to be her child’s godmother and claimed they barely knew each other! However, the TN singer made sure she set the record straight!

I swear for crackers and cheese—God strike me down—that girl asked me to be the godmother of her child. And I thought it was awkward myself.

K. Michelle said a few more comments about the rapper, “her face is stretched back too tight, it probably affected her brain. I just feel bad for her face. Don’t talk to me until you get your original face back.” 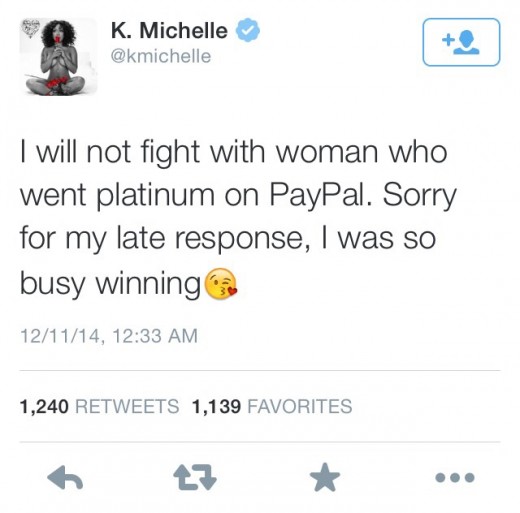 LOL! What do you think?