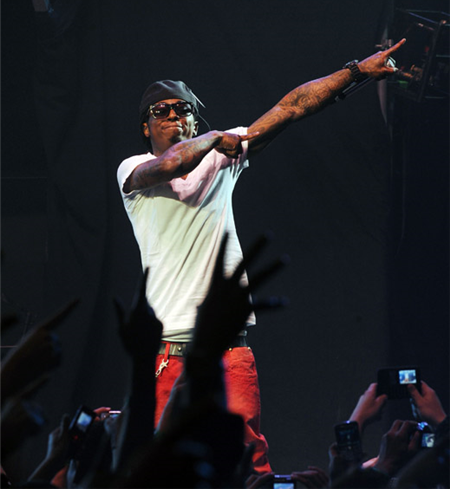 The Lil Wayne “I Am Still Music” tour whizzed through the Atlanta region last night and fans were more than delighted to see the Miami resident back in full form. Wayne, Nicki Minaj, Rick Ross and drummer Travis Barker took over ATL’s Phillips Arena for an evening of good music and entertainment. Last night the YM founder stuck to the script he’d been using throughout the tour bringing out no special guests outside of his Young Money roster. 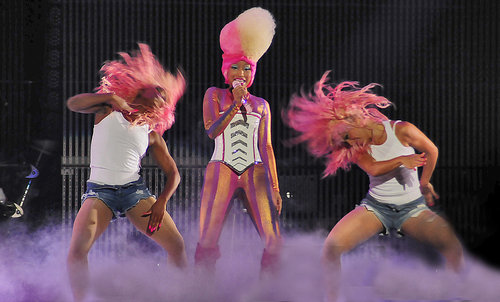 Following the show Wayne and his YM camp took to Club Compound where he posed for photos with his fans. Jermaine Dupri, producer Jazze Phae and rapper Mo Pain were also on hand for the festivities. Wayne and his Entourage did it stunna style and bought 100 bottles of Moet for VIP to keep the party going til the WEEEEE Hours in the morning!