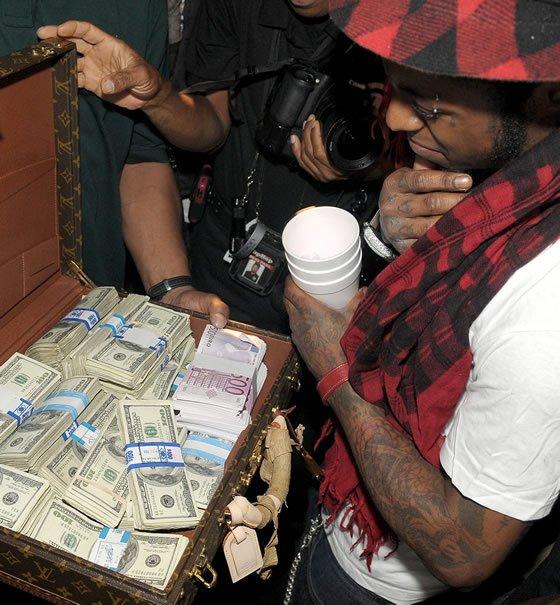 Lil Wayne is all square with Uncle Sam. Last June, the IRS filed a one-point-two-million-dollar tax lien against the rap superstar in Dade County, Florida Circuit Court for taxes owed from the years 2004, 2005, and 2007. According to AllHipHop.com, Weezy took care of the debt back in December by paying the bill in full. This isn’t the first time that Lil Wayne has faced tax problems. He also had a lien filed against him in 2008. The rapper took care of the issue in a matter of months by paying more than 977-thousand-dollars in back taxes.
Lil Wayne is currently working on his upcoming album, “Tha Carter Four,” due in stores later this year. He’s also set to kick off a North American tour on March 18th with a show in Buffalo, New York.