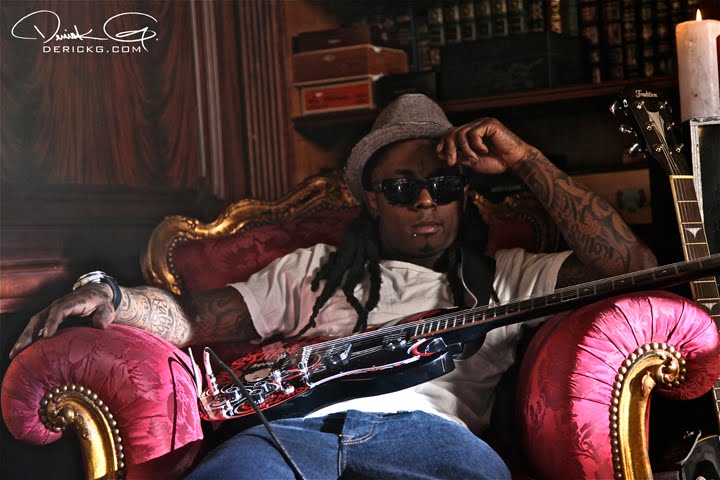 The release of Lil Wayne’s rock-inspired “Rebirth” album has hit yet another delay. Rapbasement.com is reporting that the record has been pushed back from December 21st to a February 1st release. A reason for the postponement was not announced. Wayne’s “Rebirth” has experienced several delays during the year. The record was originally set to drop in April, but has been continually moved back throughout 2009. The first single from the album, “Prom Queen,” arrived last January and reached as high as number 15 on the Billboard Hot 100 chart. “Rebirth” is said to include guest appearances from artists like Eminem, Lenny Kravitz and Pete Wentz.

February is now shaping up to be a big month with Lil Wayne. Along with dropping his “Rebirth” record, “Weezy” will also be sentenced for felony gun possession in New York. He pled guilty to the charge in October after police found a handgun on his tour bus in 2007. Lil Wayne will be sentenced to one year behind bars, but he is expected to serve eight to ten months for good behavior. Â RecentlyÂ Lil Wayne shot a video for â€œOn Fireâ€ in Miami with rockersÂ MAYDAY andÂ Derick G was there like always. Check out the pictures from the video shoot down below. Shout out Newlilwayne.com for the pic’s