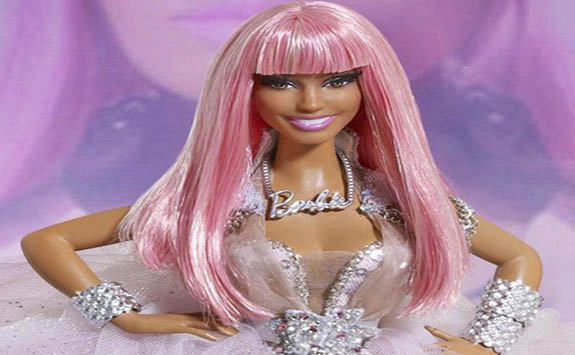 Toy makers Mattel have recently teamed up with rapper Nicki Minaj to sell the official “Nicki Minaj Barbie” for charity. The doll will come in a limited edition with all proceeds being auctioned off to Project Angel Food, which provides meals for families affected by the HIV/AIDS virus. The barbie will come equipped with Nicki’s popular colorful wigs and even hug fitting clothing….definitely Minaj style. Check inside for more details about this one-of-a-kind doll.

The doll is supposedly going for a whopping $1,000!….yes you read that correctly. The bids will start on December 9 and although some may feel that is quite high for a barbie doll, I have a feeling it will not be hard to sell. Similar dolls were made for other pop icons such as the legendary Janet Jackson and even fashionista Rachel Zoe.

Mattel considers Minaj a cultural pop icon and barbie spokeperson Stefani Yocky had this to say about choosing Nicki Minaj for the limited edition doll, “Nicki is a big part of pop culture and also huge within the fashion industry, as well as a big Barbie fan … It’s really exciting for us that she’s been so generous to allow us to create this one-of-a-kind doll to support such an important cause.”

Nicki recently revealed to fans via twitter that she will coming out with a new album that will be influenced by her alter ego “Roman Zolanski”. The album, properly titled Romans Revenge, is scheduled to be released Valentines Day 2012. What do you think about the new Nicki Minaj Barbie Doll?