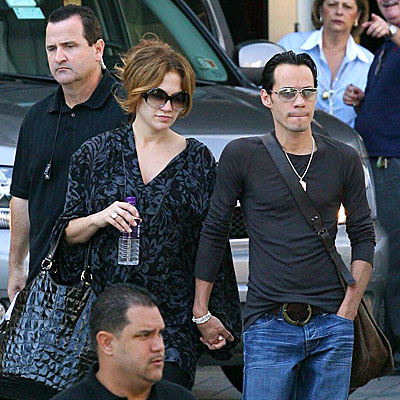 New details about Jennifer Lopez and Marc Anthony’s recently ended marriage reveal it may not have been as blissful as onlookers might have thought. Although the couple performed together at the “American Idol” finale back in May, it turns out the two singers weren’t so “into” each other behind the scenes. Once source tells “People” magazine the split comes after “months of nonstop arguing.” Another source close to Lopez tells “Us Weekly” the struggles go back even farther, adding that Jennifer “exhausted all the possibilities” in an effort to stay together, including marriage counseling. The husband and wife are reportedly going their separate ways for the sake of their three-year-old twins.

Lopez and Anthony haven’t said much about the divorce since making the announcement Friday, but Marc did vaguely address it at a concert in Colombia this weekend. He said onstage, quote, “They’re saying I’m single.” Meanwhile, Lopez’s “I’m Into You” music video co-star William Levy tells TMZ.com he never had an affair with the singer. The man known as the “Cuban Brad Pitt” says their relationship is purely professional.