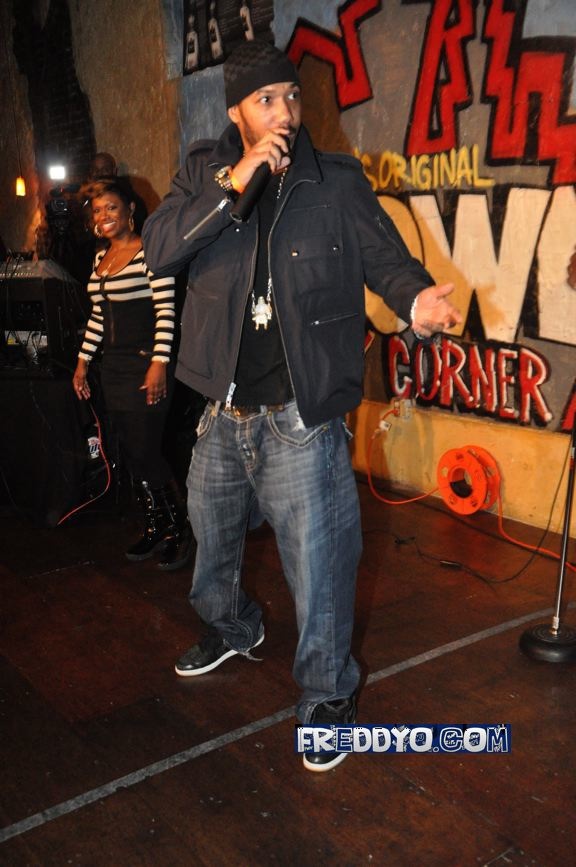 Tonight Lyfe Jennings came out to show his love and support to “Atlanta’s Boss B*tches.”Â  In doing so, they forced Lyfe to get up on stage and show everyone that he is truly talented. Lyfe Jennings is currently working on his new album,Â  due later this year.

Here is JenningsÂ new single, his personal rendition of birthday sex, entitled Â “Funeral Sex”.Â  Instead of celebrating your birth, Jennings sings about sexing ladies to death, along with other activities….but ladies,Â you got to play the video.

On a sidenote, while singing to the women, this negro said “suck the manicure off your feet…” whoooa my man. You gotta check out this track.