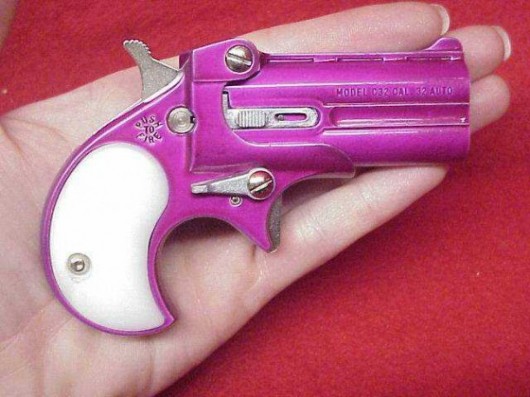 A guy in suburban Phoenix accidentally shot himself while putting his girlfriend’s pink gun into the waistband of the his pants. The couple was walking towards a grocery store when the gun fired, hitting Joshua Seto’s penis and passing through his left thigh. The couple then called 911 and were instructed to apply direct pressure to the wound with a dry cloth.Â The police were unsure of the type of gun used, but suggested people carry guns in a holster, not in their waistband.

The question now is whether his girlfriend is sticking around if he can’t function properly after the incident…would you?