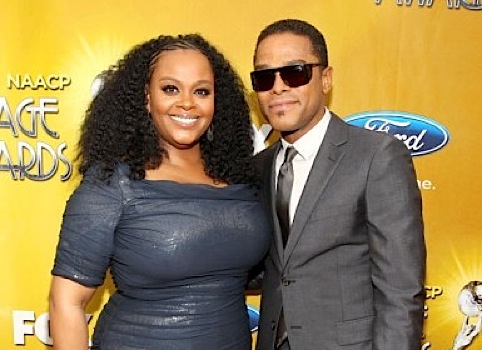 Maxwell is calling his upcoming tour with Jill Scott â€œmy dream come true, basically.â€ Billboard is reporting that the R&B pair will launch a 20-show run on May 21 in Cleveland. Maxwell ways he will close each night, but is hoping to join Scott on stage at some point during the concerts.

â€œI would love to. I think it would be great,â€ Maxwell says. â€œI think it would be great to create something special like that because sheâ€™s just so good, you know? Itâ€™s two different shows; sheâ€™s got her own look and her own thing sheâ€™s doing visually and stagewise, and I have my own thing. But hopefully weâ€™ll be able to overlap the show, somehow. I think people deserve that, something special like that.â€

Maxwell says heâ€™s met Scott on several occasions, including a 2008 BET Awards tribute to Al Green and this yearâ€™s NAACP Awards, but is looking forward to getting better acquainted during the tour.

â€œIâ€™m sure weâ€™ll be hanging out and, yâ€™know, sheâ€™ll probably teach me what to do on stage, vocally,â€ Maxwell notes. â€œI could probably benefit from her wisdom.â€

Maxwellâ€™s â€œBLACKsummersâ€™night,â€ his first album in eight years, debuted at No. 1 on the Billboard 200 last July, went platinum and has picked up two Grammy Awards. He also made history as the first male artist to score three consecutive No. 1 hits â€” â€œPretty Wings,â€ â€œBad Habitsâ€ and â€œFistful of Tearsâ€ â€” on the Urban Adult airplay chart.

He predicts that another one or two singles are possible from â€œBLACKsummersâ€™nightâ€ (â€œLove Youâ€ and â€œStop the Worldâ€ are the odds-on favorites), but heâ€™s also putting the finishing touches on its follow-up, â€œBlackSUMMERSâ€™night,â€ which he expects to release some time between September and February. Heâ€™ll eventually complete the trilogy with â€œBlacksummers`NIGHT.â€