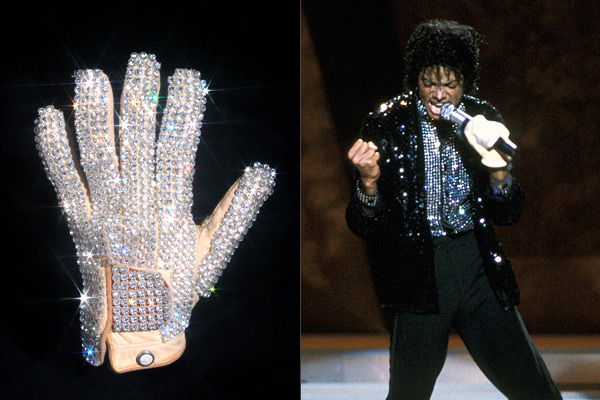 One of Michael Jackson’s trademark accessories pulled in a pretty penny over the weekend. The glove worn by the King of Pop during his “Bad” tour in the late 1980s went for 330-thousand-dollars last Saturday at Julien’s Auctions “Icons & Idols” event. A fedora worn on stage by Jackson was purchased for 72-thousand-dollars. Other unique items that sold on Saturday included an x-ray of Albert Einstein’s brain that went for 38-thousand-750-dollars. A pair of Marilyn Monroe’s empty prescription bottles brought in 18-thousand-750-dollars.
Michael Jackson fans will be able to make a slightly less expensive purchase next week when Sony releases the new album, “Michael.” The record will drop on December 14th.