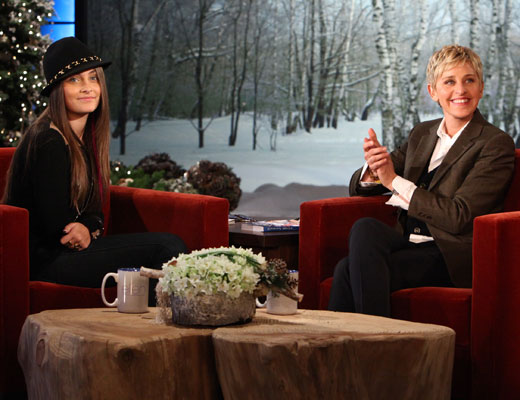 The 13 year old just snagged the lead role in new movie “Lundon’s Bridge and the Three Keys”, where she plays the only human in the animated picture.

When asked about her acting career she thinks she got her acting skills from her dad. She said:
“When I was really little. My Dad was in the movie â€œMoonwalkerâ€ and I knew he could sing really well but I didnâ€™t know he could act,” Paris tells Ellen. “I saw that and I said, wow, I want to be just like him.”

As for constantly wearing masks when she and brothers Prince and Blanket were children, she says she used to think “this is stupid why am I wearing a mask? But I kind of realized the older I got like he [father Michael Jackson] only tried to protect us and heâ€™d explain that to us too.”

She also revealed the most memorable thing her father ever told her: “He said, if I die tomorrow always remember what I told you. I took his advice and I remembered everything he told me.”

Check out the Paris’s full interview with Ellen when it airs Thursday, December 15.