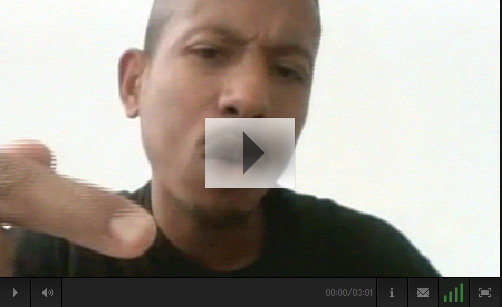 Yesterday, the ever so mature Mr. Curtis Jackson (50 Cent) was featured yelling at Shyne…or so it appeared. It turns out all that yelling at Shyne was FAKE. Before 50 could yell that he hoped Shyne was raped by a pack of ninjas, his call was disconnected. So much of the drama from yesterday’s clip was 50 pretending to yell at Shyne… Is that gangsta? Â For the video of Shyne’s response to 50, including him calling Fifty a stalker…WTF???