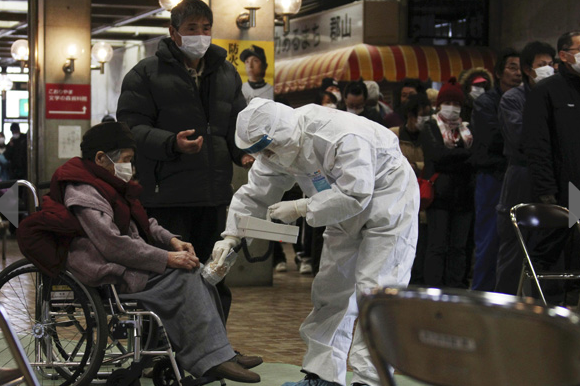 Officials now say more than eleven-thousand people are dead or missing in the aftermath of a catastrophic earthquake and tsunami in northern Japan. More than 35-hundred people are confirmed dead, while more than 75-hundred remain missing. The death toll is expected to rise as hundreds of unidentified bodies have been spotted in the devastation. About 25-thousand people have been rescued while 440-thousand were evacuated. More than 80-thousand buildings are damaged or destroyed in Japan.

U.S. Navy personnel supplying humanitarian support to Japan are also risking radiation exposure from a crippled nuclear reactor. Officials have said 17 crew members on the USS Ronald Reagan were exposed to low levels of radiation. The aircraft carrier was moved away from the area of the Fukushima [[ foo-koo-SHEE-ma ]] nuclear power plant damaged in last week’s massive earthquake and tsunami.